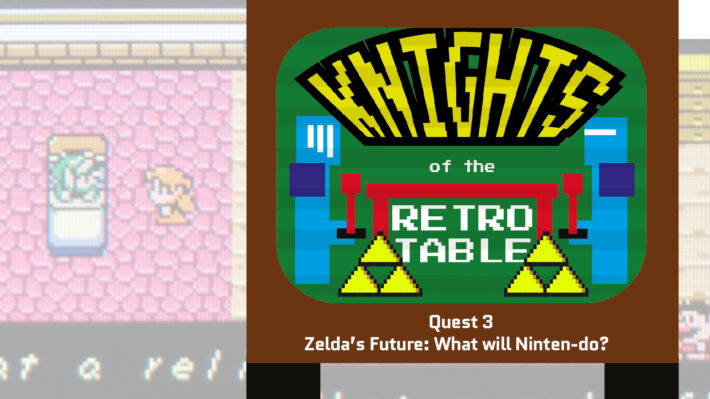 What will the Legend of Zelda gameseries do after Tears of the Kingdom?

Nintendo has the triforce, but after striking gold with so many different Zelda games, it’s a Hyrulian task to make every new entry a banger. In this third quest Peter “Retrogamepapa” is joined once again by Michiel Kroder and Max the Dutch Gamer. And there’s also Bruno Ramos, a Zelda know-it-all and professional colorist, as a special guest. The knights talk about their love for the Zelda series and how they think Tears of the Kingdom will be like. It’s also discussed what they think Nintendo will do in the upcoming years with the Zelda series. And what would they like Nintendo to do? Peter pitches a lot of Zelda game ideas, like “The Fiddle of Torment” with some being even more ridiculous than others.

In the entrance part of the podcast the knights discuss some other games. Big titles like the Super Mario RPG’s, Fire Emblem: Three Houses are talked about. But also a lot of indie gems: Cult of the Lamb, Death’s Door, Deathloop, Dead End City and Crossgunr. Peter also talks about two Wii-exclusive hidden gems on the Wii: a rare Japanese horror game Ikenie no Yoru and Western Heroes, an on-rail shooter.

Other media which is discussed: Breaking Bad and Better Call Saul and keeping two balls in the air.

Retrogamepapa’s Addendum: A lot of fun and good stuff had to be cut from this quest. Recording a podcast with a total of 4 people was a lot of fun, but it also resulted in everything taking longer. The stuff that has been cut, like the entire jousting session, will be up on our Patreon page.

The podcast is on nearly every app and podcast-thingy out there, like for example: 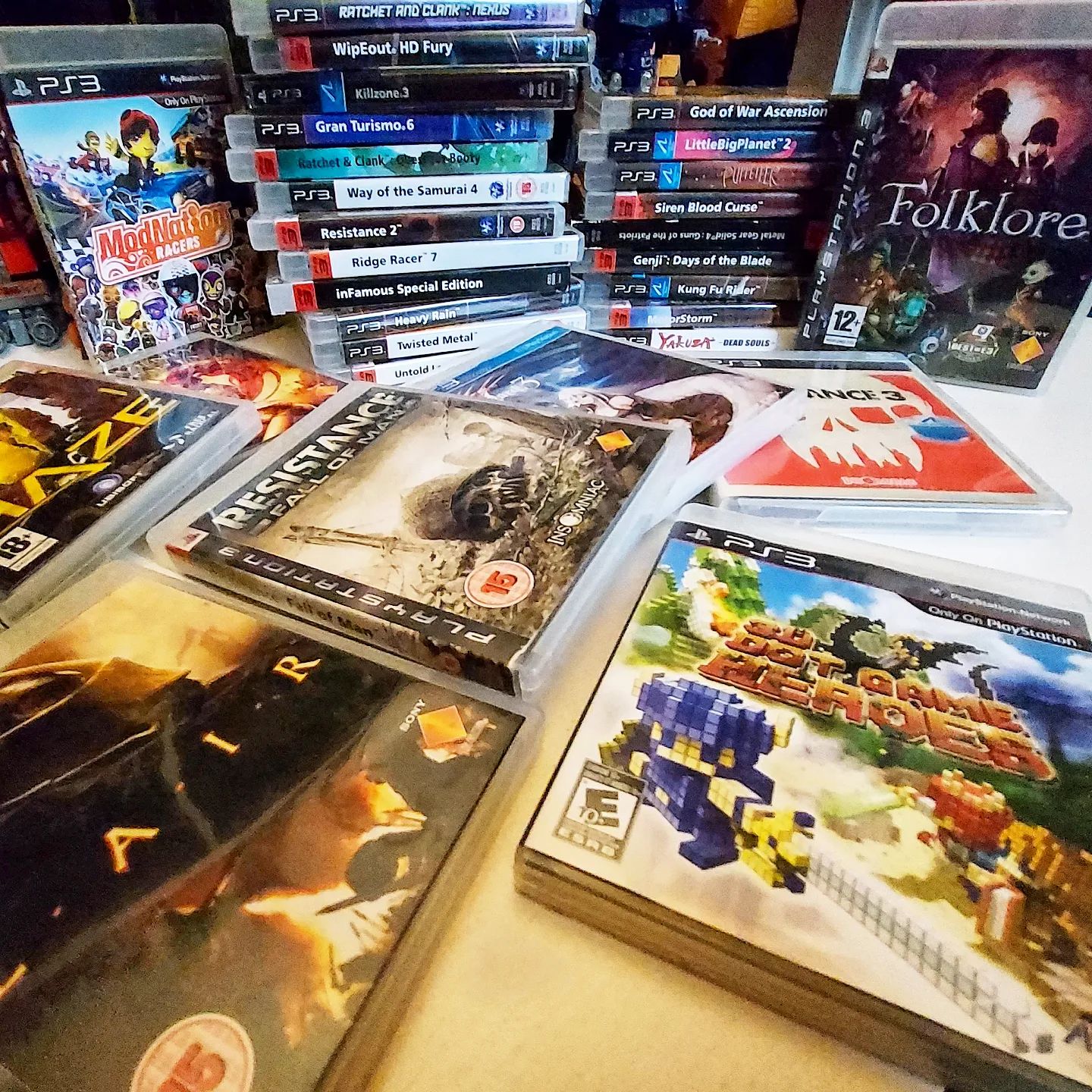 retrogamepapa
•
Follow
There's a lot of exclusive goodness on the PS3. What's your favourite? I can't pick, seriously. I've played Wipeout HD the most, so that one is very special to me. This pile was just a quick grab, without seriously going through all of my games, and it's a mighty fine heap of games I say! #retrogamepapa #gaming #gamecollector #gamecollecting #retrogames #retrogamecollector #ps3 #sony #3ddotgameheroes #lair #godofwar #ratchetandclank #wipeout #twistedmetal
View on Instagram |
1/6

retrogamepapa
•
Follow
Trypticon and his breakdancing companions 😂. My son put one of them in a B-Boy pose, which I think is hilarious. Been cleaning up and playing with a lot of my TF toys. It's a shame to just let them collect dust on a shelf. It also triggered me to buy a shitload of new ones 😅😅 #retrogamepapa #transformers #toycollector #hasbro #takaratomy #trypticon #headmasters #titansreturn #warforcybertron #decepticons #morethanmeetstheeye #breakdance #bboy #robots
View on Instagram |
2/6 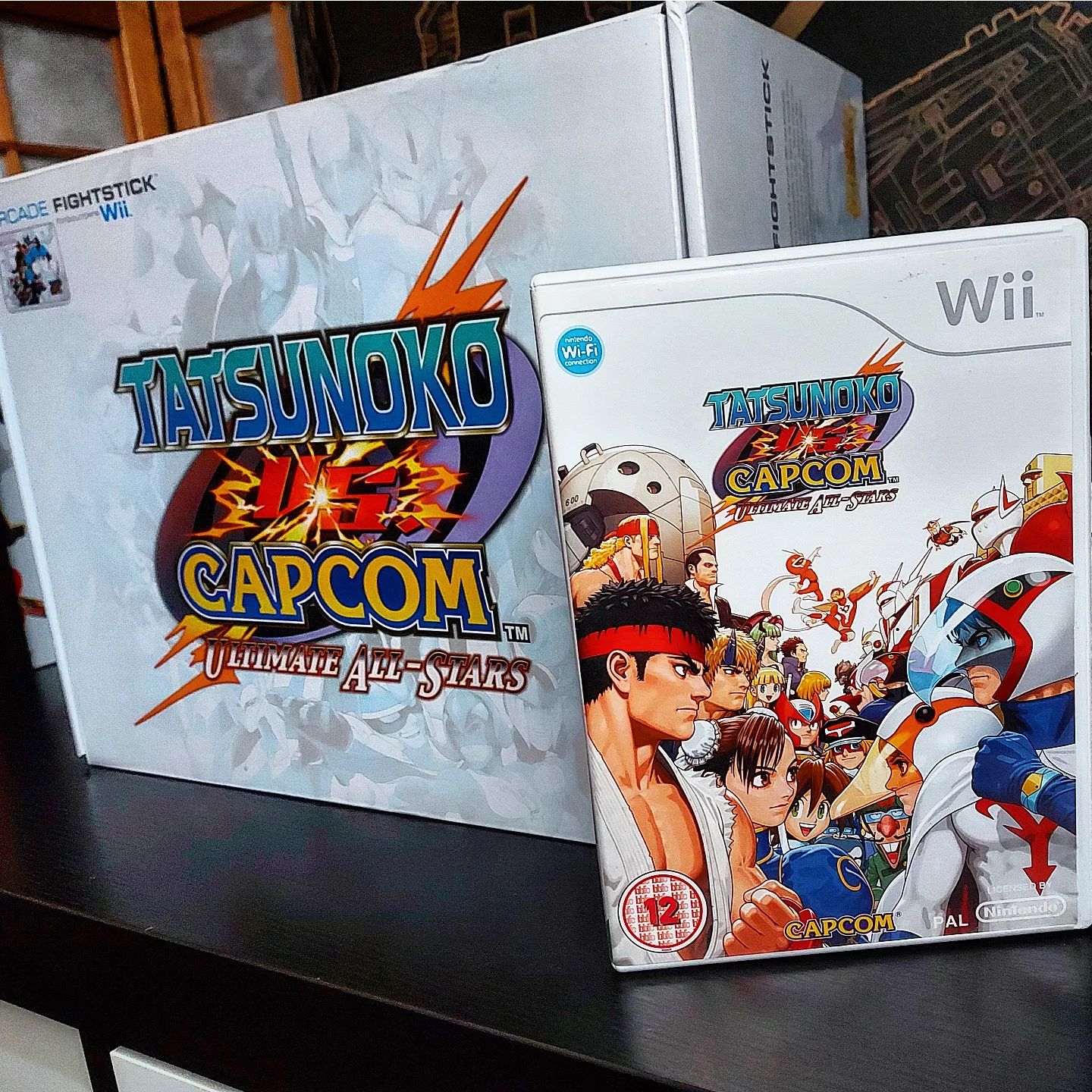 retrogamepapa
•
Follow
Aw yeah! Ready for some serious ass-kicking on the Wii. Bought these both recently. Now I just got to find some friends... Still haven't had the time to play this, because I currently have verrrry little spare time. I will soon put myself to it though! I hear nothing but good things about it from multiple people on Insta and outside of that as well. #retrogamepapa #gaming #gamecollector #gamecollecting #retrogames #retrogamecollector #wii #tatsunokovscapcom #tatsunoko #capcom #fightinggame #arcadestick #fighter #ryu #ken
View on Instagram |
3/6 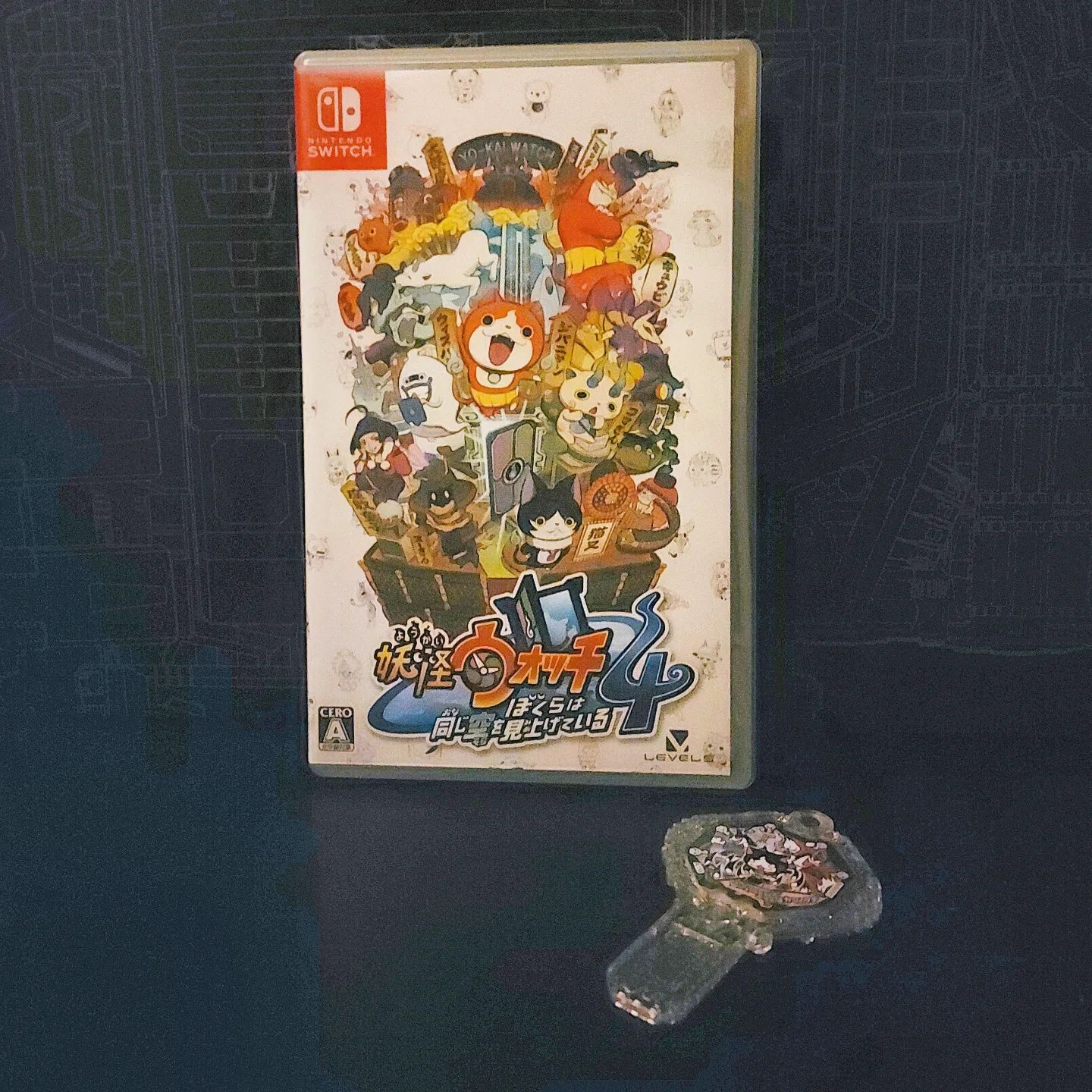 retrogamepapa
•
Follow
Yo-Kai Watch 4, a lovely game which has been out for couple of years now, but still hasn't been translated to English. I bought this copy purely in the hope that there will be a fan translation which works the same way as Wii and 3DS games: pop in the game and start it via a home brew app, and Bob's your uncle. Such a shame that the Yo-Kai Watch games didn't catch on enough. I like it way more than Pokemon personally. Not that Pokemon is bad, but I really love the world, humour and slice of life atmosphere and story of Yo-Kai Watch. #retrogamepapa #gaming #gamecollector #gamecollecting #retrogames #switch #yokaiwatch #yokaiwatch4 #japanesegames #importgames #nintendo #level5
View on Instagram |
4/6 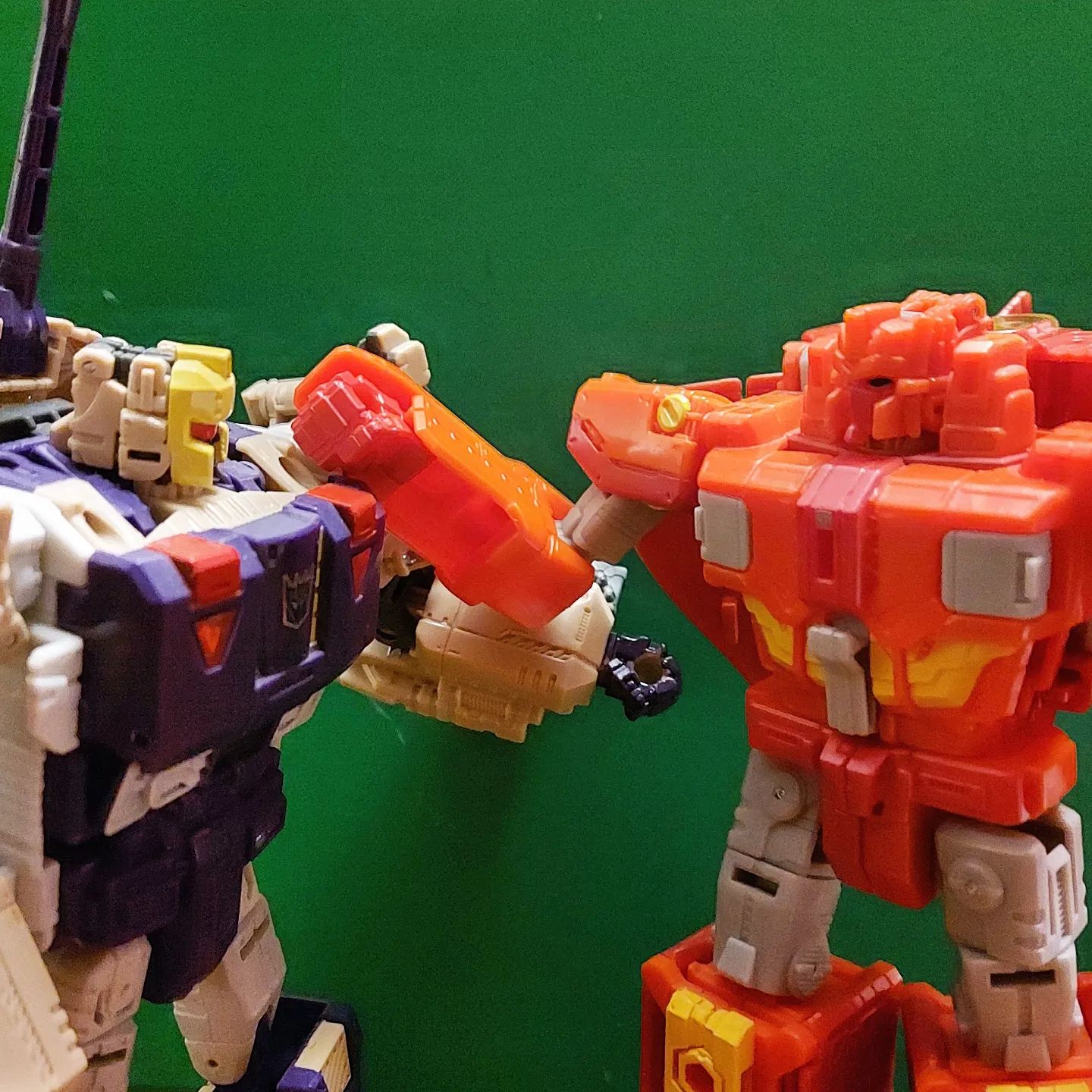 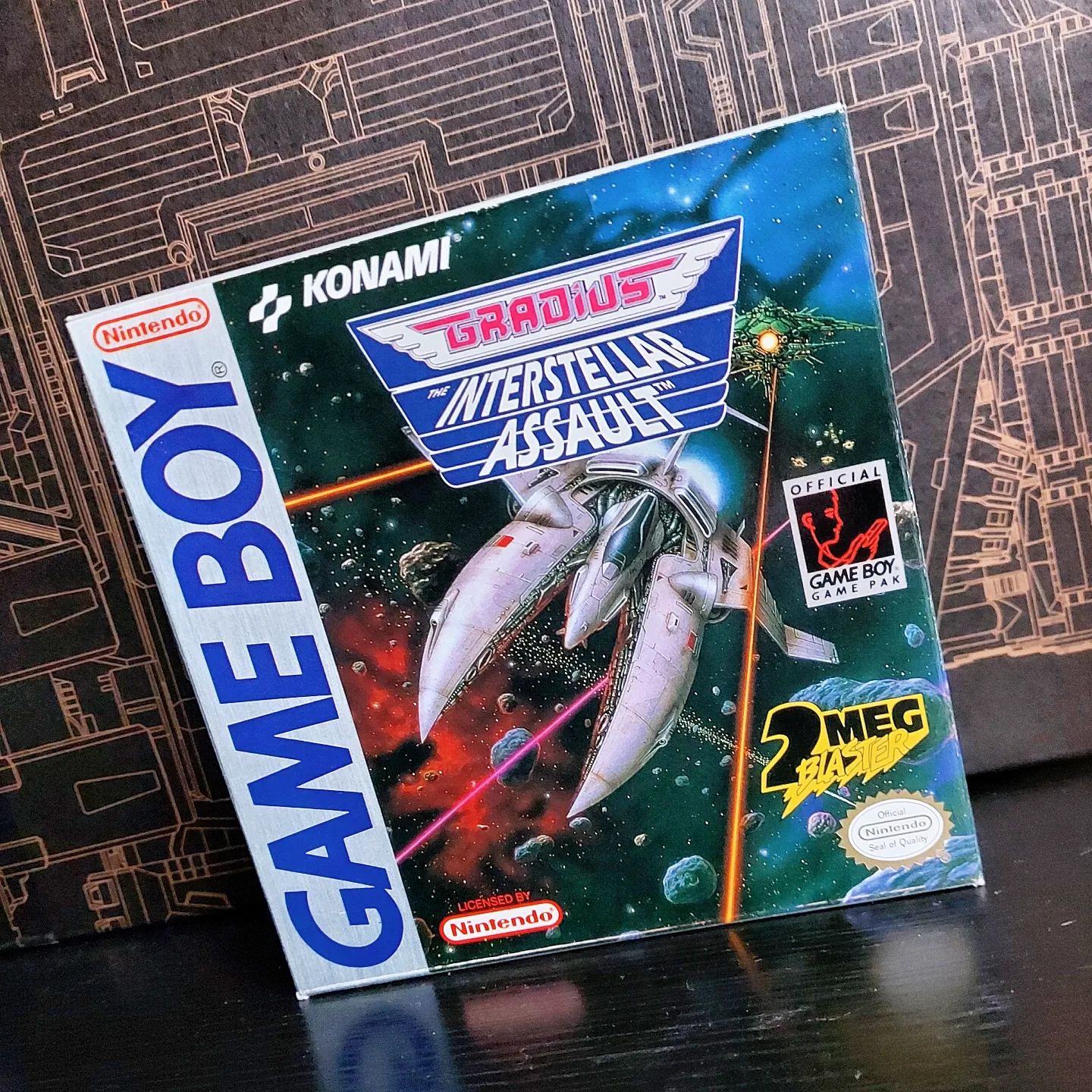 retrogamepapa
•
Follow
Gradius: Interstellar Assault! This is the first shmup I ever bought, the first one I ever finished and the first one I ever 1cc'ed. It is, and always will be, a very special game to me for exactly those reasons. It is also quite a banger on the Game Boy. It's a fantastic shmup. This is also a photo of my own copy which bought when I was 14 years old. Once again, I'm proud of my old younger self for being so incredibly careful with my stuff! It's near mint still. #retrogamepapa #gaming #gamecollector #gamecollecting #retrogames #retrogamecollector #gameboy #konami #shmup #gradius #gradiusinterstellarassault #8bit #90s #shootmup #shootemups #hiddengem #nintendo #gameboygames
View on Instagram |
6/6
View on Instagram